Just got back from a trip to Bali and it was so much fun! We spent 5 days total there, 2.5 days in Ubud and 2.5 days in Seminyak. Ubud was very relaxing, had a great weather (we didn’t even need AC at night!) and had so much art and culture everywhere! Pretty paintings, colorful housewares, pretty sarongs in every design and color, signs for yoga classes and meditation were seen everywhere. We shopped a lot at the market perfecting our bargaining skills 🙂

There was so much to see on the roads too, from temple ceremony processions and seeing a temple or Hindu deity statues through a small peek of the wall, I found myself walking very slow trying to take in everything I was seeing! Since Bali is predominantly Hindu, it was also really interesting seeing the adaptation of the religion and references. Like the names of the streets were Jalan (means road) Arjuna and Drupadi and certain words were different – like puri to me means a fried bread but puri in Balinese means palace! Apparently many people in Ubud worship the Goddess Saraswati who represents arts, knowledge and wisdom so it was really appropriate to see all the different types of arts everywhere. 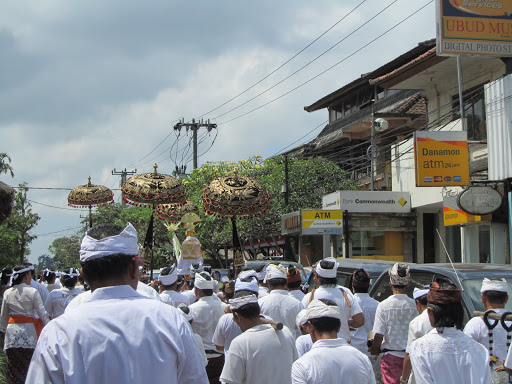 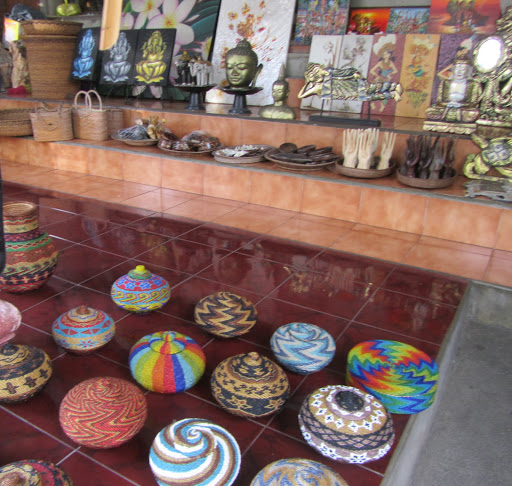 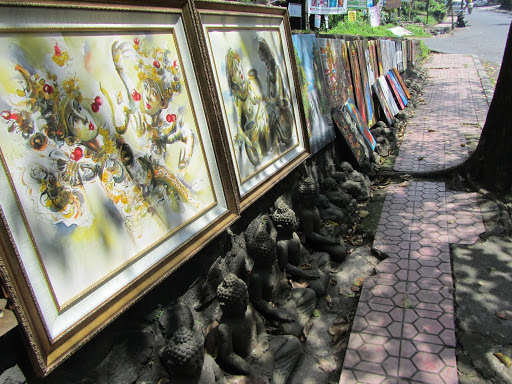 That night we went to a Balinese dance performance. It was incredible, so many different types of dance in a 1 hour performance. The costumes were gorgeous too! The first dance, they did all with thier eyes closed. Very graceful and coordinated and the setting was in front of a beautiful lotus pond.

The next day we rented a car for a day and did a whole bunch of touristy things packed in one long day.We started off with seeing beautiful rice terraces. Next we went to the spice fields and saw vanilla plants, cinnamon trees, cocoa beans and the infamous kopi luwak. Read about it here We definitely did not try the kopi luwak but did try the ginger coffee, lemon tea and some organic chocolate that didn’t melt in the heat since there was no milk in it! They even had a little store there so it was fun to buy the things we saw them hand producing in thier fields. We then went to Point Kintamani to see Mount Batur – another active volcano (Indonesia has so many!) and had lunch at a beautiful restaurant overlooking the mountains. The weather was amazing, I really miss non humid weathe

The last two stops were two temples, the first I don’t remember the name and the second was the very touristy Tanah Lot. I really liked the style of the roofs, something I’ve never seen before! Tanah Lot is best viewed at sunset so of course we decided to do this with all the other tourists! It was really beautiful with the huge waves crashing against the rocks. It was too bad we couldn’t go to the actual temple, I read in my guidebook that only Hindus could go into the temples but it seemed like the few temples we visited, no one was allowed to go in the where the deities are. It would’ve been amazing to go inside Tanah Lot. 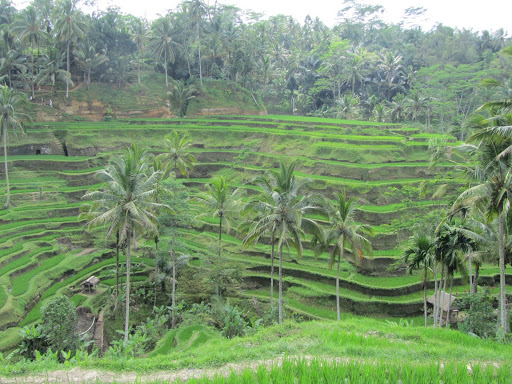 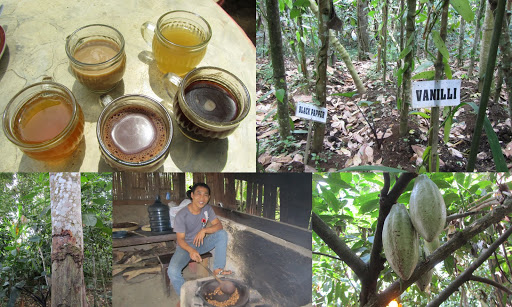 Our next part of the trip was in Seminyak. It was so different than Ubud. Seminyak was more “hip” with trendy boutiques and pricey restaurants everywhere and in general just very touristy. We definitely felt like we had to know where we were going and the approx prices for the taxis even though they are metered, because they would take us on a big loop if we didn’t. We did figure it out soon enough though and with my good sense of direction, we managed not to get ripped off too much!

Seminyak beach was amazing though, very quite and peaceful (we also visited Kuta beach and did not like it). We stayed in a private villa with a private pool so that really added to the overall experience. The hardest decisions were if we wanted to take a nap outside on our private verandah or on the beach and what to order for our gourmet breakfast! 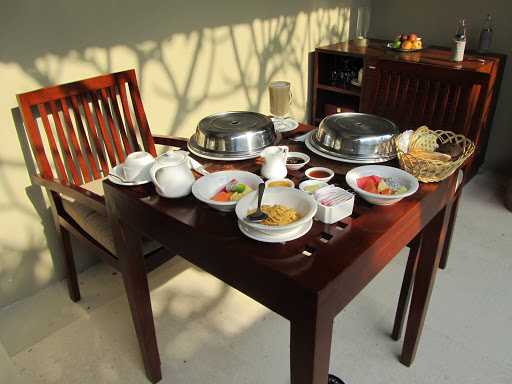 Although Bali is more expensive than I thought and the constant harrasing of tourists is quite annoying, overall it was a great trip! I would definitely go back to Ubud, especially for relaxation and maybe a yoga/meditation classes. And of course for the non humid weather!