Today is the Mid-Autumn Festival or Moon cake festival! I’m not exactly sure why it’s called mid-Autumn festival since autumn actually begins today…. but then again I’m just an expat 🙂

The China town in Singapore was bustling with energy and there were beautiful decorations and tons of moon cakes everywhere in all different flavors. I had my very first moon cake and it was actually quite tasty :)! Moon cakes are pastries usually made with an outside crust with a thick lotus seed paste filling and contain egg yolks to symbolize the moon. The more traditional ones are lotus paste and snow skin moon cakes but new flavors come out every year like champagne and tiramisu moon cakes (I’m going to have to try those next year!)

There are a couple different explanations as to why the Chinese celebrate this festival. The first one relates to the festival also being known as “Harvest Festival.” It signifies that the year’s hard work will come to an end and the joyous time of harvesting will begin. The other one I’ve heard is that the Han Chinese overthrew the Moguls in the 14th century by hiding secret messages in the moon cakes which started a rebellion and eventually led to victory over the Moguls. Of course all of the explanations eventually lead to spending time with family and eating tons of moon cakes!

Since Singapore is such a multicultural country, the lantern display in Chinatown symbolized unity among cultures by putting up a type of lantern from various countries; Thailand, Philippines, Vietnam, Sri Lanka, Mynamar, India, Japan, China, Egypt and Morocco. 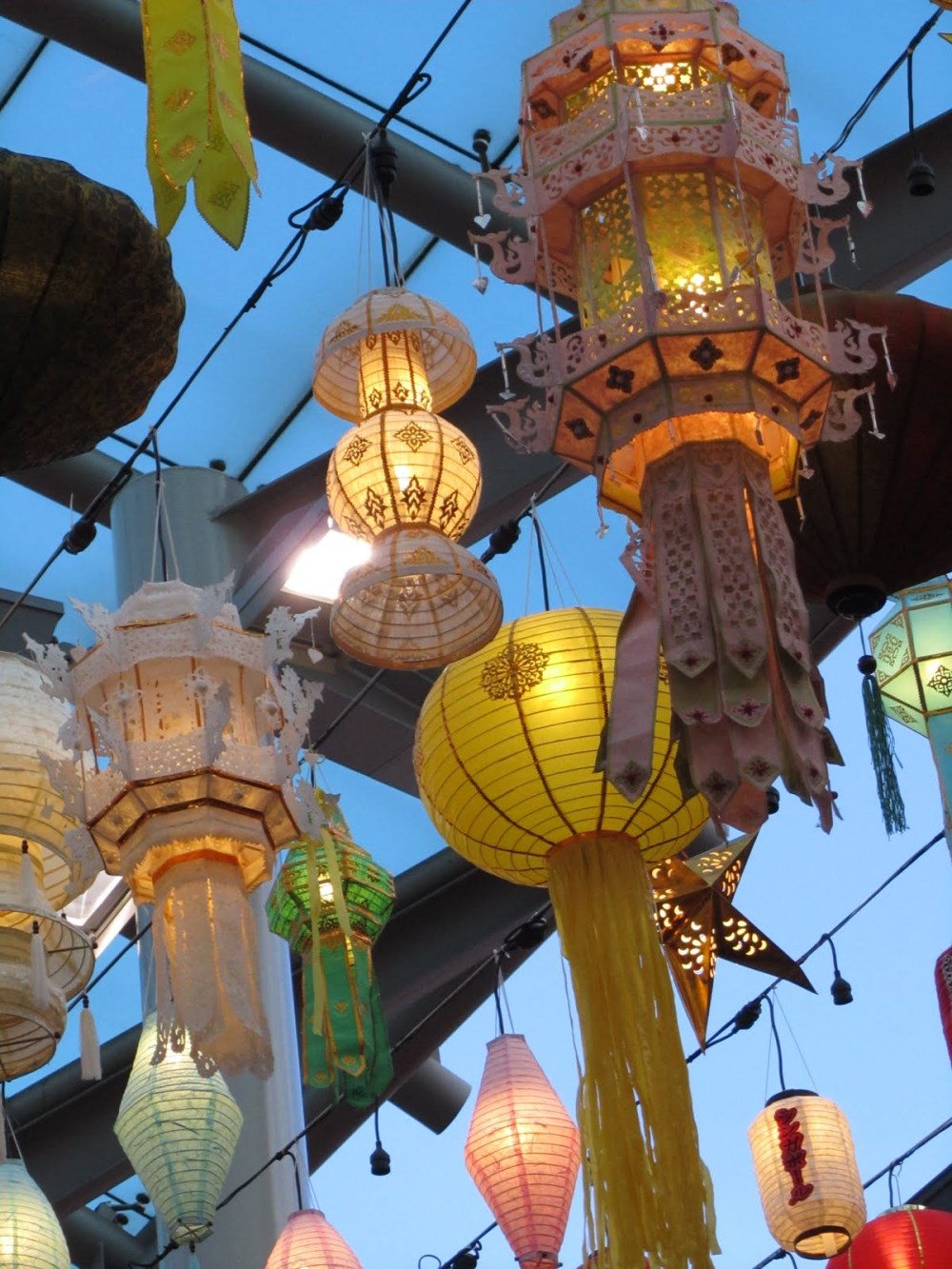 The special lantern displays on the Singapore river near Clarke Quay for the festival were made by 33 artists specially flown in from Sichuan province in China. A lantern for each zodiac animal was also displayed so I made sure to find the tiger one!