Last weekend I went to Indonesia for the first time. I flew from Singapore to Yogyakarta via Jakarta. I was supposed to have a 1 hour layover in Jakarta but of course my flight was delayed by 1 hour in Singapore so I barely made my 2nd flight. But to make up for it I got some yummy guava juice on the place!

My intention of visiting Yogyakarta (also known as Jogjakarta and Jogya) is the Borobudur Temple, it is the largest Buddhist temple in the world. There are ten layers to the temple, the first 7 are square, and the last 3 are round.  We started from the bottom moving counter clockwise at each layer until we reached the top. The top layer is supposed to represent Nirvana or attaining enlightenment. If you look closely at the 7th and 8th levels, the bell like “stupas” are different, you can see the diamond is diagonal. This represents that a persons faith is still in question but during the 9th level the diamond becomes a square representing the faith is no longer in question and is thus the final step before attaining nirvana. Cool! What really struck me about this temple were the intricate carvings depicting Buddhist teachings and Buddha’s life. It really was a beautiful place!

We also got to go to the base of Mount Merapi which is the most active volcano in Indonesia. The volcano erupts approx every 5 years. This is the view from the plane ride back home. Looks so calm! 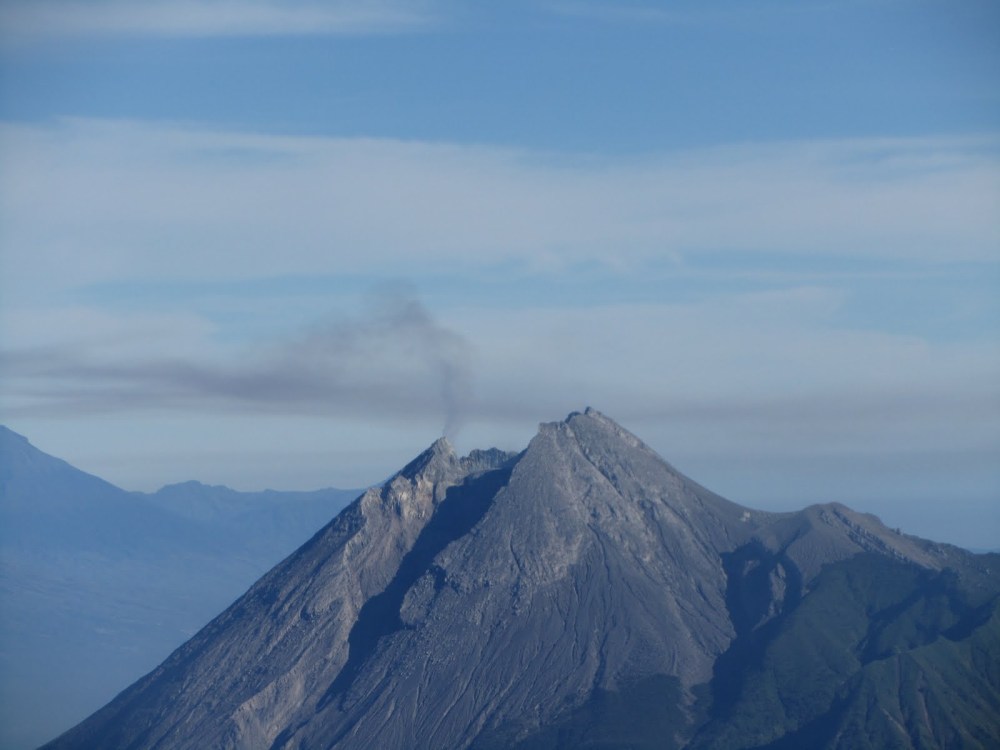 Some practical tips for Indonesia:
– Airport tax is a seperate payment at the airport so be sure to keep enough Rupiah handy especially at the end of your trip.
– Single entry visas can be obtained on arrival. Usually it is a 30 day visa for $25 USD. It is best to have US Dollars because even though they accept other currencies the conversion rate isn’t as good.
– Flights are always delayed. Don’t sweat it. Just accept the fact and try to book direct flights to your destination!